He was born about 1807 in Norfolk England. Not much about his early life has been discovered by this writer, but around 1832 as a young husband, father, and skilled builder, he decided to emigrate with his wife Sarah (Coaton) and two very young children, Thomas and William, to Van Diemen’s Land, attracted by the rising fortunes of the colony and the opportunities for construction of both private and public buildings. Also aboard the ‘Thomas Laurie,’ were his sister Sarah, and brother-in-law, Henry William Seabrook. Seabrook and White had both been apprenticed to the noted London builder, Sir William Cubitt, thus both had a very strong pedigree as highly skilled builders. Another passenger, Captain Charles Swanston, given the 6 month journey, became important in the lives of White and Seabrook, by virtue of the small community of Van Diemen’s Land to which they were headed, and the opportunities for free settlers of ability and means that represented. A vigorous exchange of ideas and Antipodean dreams, would possibly have compensated for the restrictions and tedium of lengthy 19th century shipboard life.

It is noteworthy that, the year before, in 1831, another talented and adventurous passenger, John Glover, ‘The Father of Australian Landscape Painting,’ made the same journey on the Thomas Laurie; maybe it was like a 19th century “Spirit of Tasmania,” but plying between Portsmouth and Hobart Town, the journey taking 6 months rather than 12 hours, providing an almost ‘endless’ opportunity to ‘connect’ with fellow voyagers!

The Mercury Death Notice of 25th Sep 1885,
WHITE – On September 22, at his residence (Lebrina), New Town, Thomas White, builder, in the 79th year of his age. The funeral will leave his late residence, THIS AFTERNOON, at 3 o’clock.

And for his wife Sarah:

The Mercury, 31 July 1884,
WHITE – On July 30, at her late residence (Lebrina), New Town, Sarah, the beloved wife of Thomas White, builder, after a long and painful illness (unknown), in her 77th year, her funeral conducted 2nd August, 1884

Frederick married Anne Gertrude Rosa Smyth (known as Rosa) in 1874. Rosa was the daughter of Anne Smyth (nee Sales) and Richard Henry Smyth (great grandparents I think of Richard Sperring, father of Jenny Kenny). Rosa Smyth died and Seager married her sister Ada Violet Smyth, in 1909, when she was only 32 and Seager was 67. Four years later, on the 3rd May 1913, Seager died, leaving Ada a widow at only 36. She continued living at Lebrina until 1959.

The third of the three Smyth sisters, Eleanor Teresa (Nellie) Smyth, married James White, the 10th of Thomas White’s children (the builder of Lebrina), on the 30/10/1885, just a month after Thomas White died. Nellie and James White later moved into Lebrina with Ada and her mother Ann Smyth, meaning that James White once again lived in his childhood home, Lebrina.

James White died on 06/09/1911, but Lebrina continued as the family home for Frederick (until his death on 03/05/1913) and Ada Seager, Ada’s mother Ann Smyth (until her death on 18/081920 at 88 years of age) and Nellie White. James and Nellie White’s children, Brightie Coaton White, Victor Sales White and Oscar Seabrook White all lived at Lebrina with their parents too. Ada Seager (Frederick Seager’s widow) lived at Lebrina until at least 1959, another 46 years. 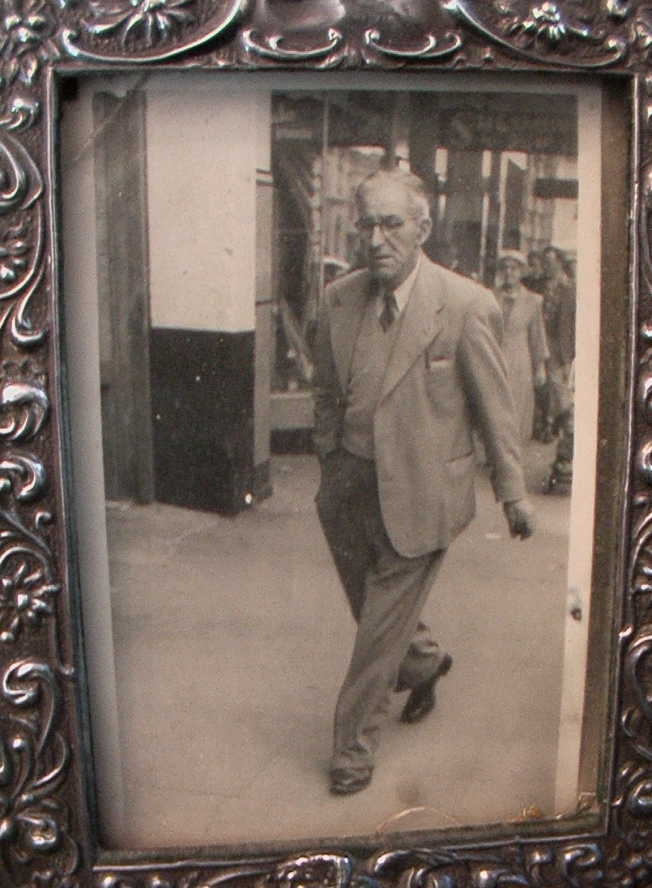 Lebrina has ‘the air’ of a happy home, its patina derived from a century long association with 2 families, the Whites and the Seagers, embodying their love for Lebrina and New Town, a timeless and gracious home, in a picturesque and historic suburb.